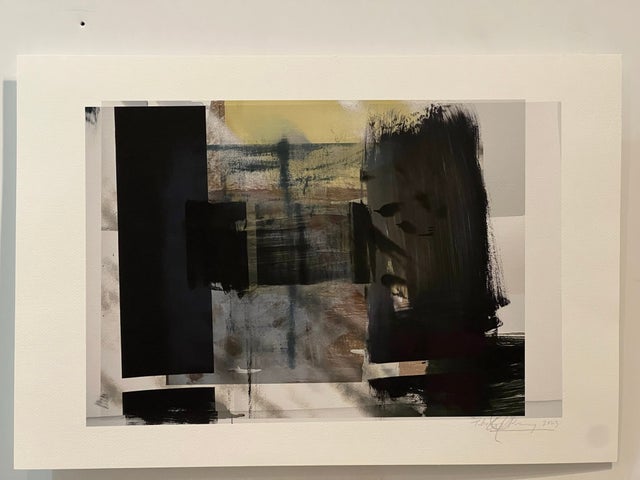 From the WHO KNOWS WHAT WILL HAPPEN exhibition.

Wes Jones is a partner in Jones, Partners: Architecture. Jones’ work has been exhibited widely and can be found in the permanent collections of major museums around the world. Princeton Architectural Press has published two monographs of his work, El Segundo and Instrumental Form. A third volume, tentatively titled Alameda, is in the works. A recipient of the Rome Prize from the American Academy in Rome, and Arts and Letters Award in Architecture from the American Academy of the Arts and Letters, Jones has been named one of the 30 Most Admired Educators in the country in the Design Intelligence Survey of Architectural Education. He currently teaches in the graduate architecture program at the University of Southern California.

Thomas Prinz is an architect and fine artist based in Omaha, Nebraska. He received a Bachelor of Architecture from the University of Nebraska-Lincoln and a Master of Architecture from Southern California Institute of Architecture in Los Angeles. In 1990, Prinz established Arc-Studio to explore the disciplines of art and architecture. He creates works with thoughts of structures as well as paying homage to many past great artists like Giotto. His works are collages, monotype, and digital prints on paper.

Pickup locally is free, otherwise if shipping there will be a shipping and handling fee to be determined at time of shipment and to be paid by purchaser.

Sold out
Add to Cart