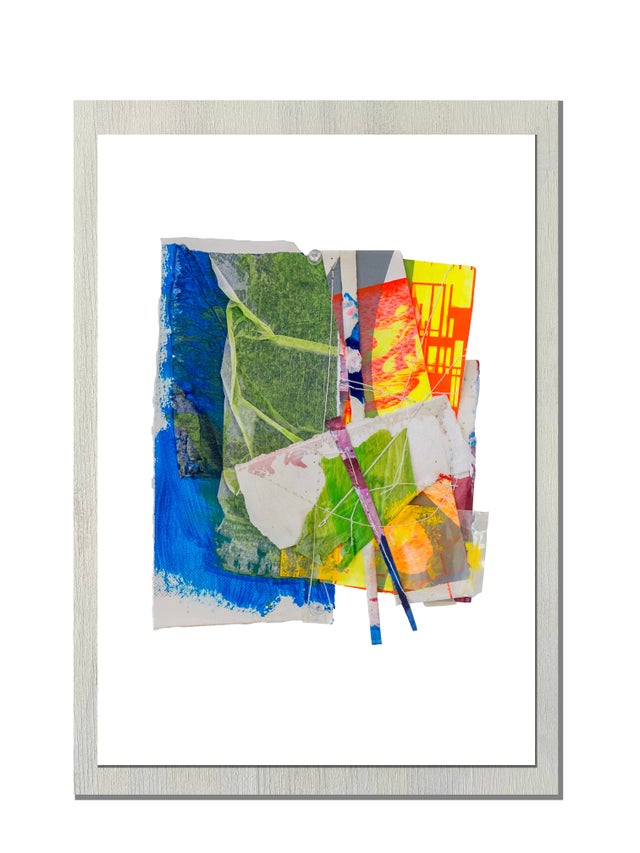 Print from the SHINY SIDE UP exhibition.

13" x 19" archival pigment on sommerset velvet paper - limited edition of 10, signed and numbered by the artists.

Thomas Prinz is an architect and fine artist based in Omaha, Nebraska. He received a Bachelor of Architecture from the University of Nebraska-Lincoln and a Master of Architecture from Southern California Institute of Architecture in Los Angeles. In 1990, Prinz established Arc-Studio to explore the disciplines of art and architecture. He creates works with thoughts of structures as well as paying homage to many past great artists like Giotto. His works are collages, monotype and digital prints on paper.

A fourth-generation Southern Californian, Robin Donaldson was born and raised within the SoCal surf and skate culture. Before founding ShubinDonaldson, he received a Bachelor’s in Studio Art at UCSB, focusing on painting and printmaking. He then attended the Southern California Institute of Architecture, receiving his Master of Architecture and winning the Henry Adams Medal. During his SCI_Arc studies, Robin began working with Morphosis Architects and served as the Project Architect on the Crawford Residence. In 1990, Donaldson founded ShubinDonaldson Architects. Today he lectures at AIA events, academic institutions, devotes time to AIA advisory boards, and serves on community planning advisory boards across Southern California.